USH syndrome represents the most common genetic cause of combined deafness and blindness, with an estimated prevalence ranging from 4 to 17 cases per 100,000 people worldwide. It results in the progressive loss of the retinal photoreceptors in the eye and the auditory hair cells in the inner ear. Photoreceptors are key neurons responsible for converting light-signals into electrical signals that are transmitted to the secondary retinal neurons, and ultimately to the brain. They are strategically located in the outermost layer of the neural retina, protected and nurtured by two major non-neuronal cell types: the retinal pigmented epithelium (RPE) and Müller glia. Research conducted in our laboratory is mainly dedicated to developing therapeutic strategies to prevent vision loss in Usher syndrome type III (USH3), a disorder caused by mutations in the Clarin-1 (CLRN1) gene, leading to progressive hearing loss and retinal degeneration.

The biological function of CLRN1 in the retina is currently not understood. Importantly, there are no therapeutic approaches to prevent vision loss in USH3 patients. A major challenge hindering the development of treatments to stop the photoreceptor cell death in this disorder is the lack of models that mimic the human USH3 vision loss. Therefore, we are currently developing and characterizing novel USH3 models that will contribute greatly to the advancement of our understanding of this disease, as well as our ability to treat it. A second major challenge is the fact that CLRN1 protein is normally present at very low levels in the retina, and remains undetectable with our current immunostaining techniques. By using highly sensitive assays, we have recently demonstrated that CLRN1 is produced by retinal Müller glia in multiple species, including humans, thus establishing a potential target for future gene therapy applications. 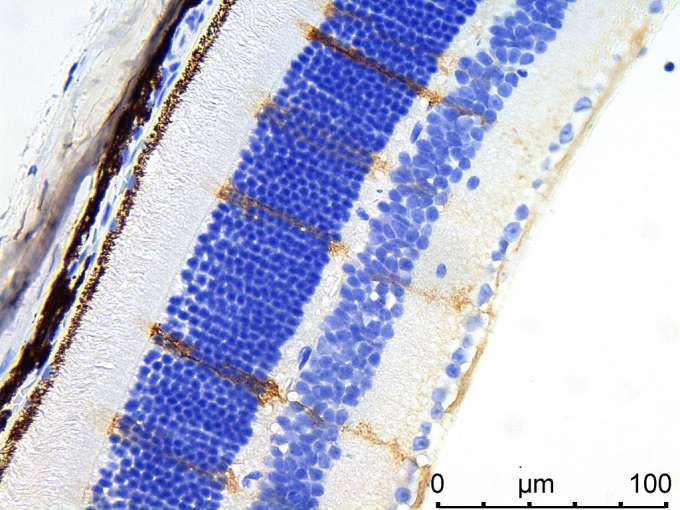 One of the major goals of our laboratory is to develop adeno-associated viral vectors (AAVs) for therapeutic gene delivery to Müller glia, to restore normal CLRN1 expression in the retina. Müller glia are long, tree-shaped cells reaching out from the inner retina and spanning its entire thickness. They are involved in many critical aspects of retinal cell biology, including neuronal development, modulation of neuronal synaptic activity, metabolic and structural support. They are essential for maintaining the normal function and long-term survival of both rod and cone photoreceptors. Ultimately, we seek to understand the roles of CLRN1 protein in Müller glia and how its omission specifically impacts the postnatal and adult retina, in order to develop safe AAV-based gene-therapy tools for preventing blindness in USH3 patients.